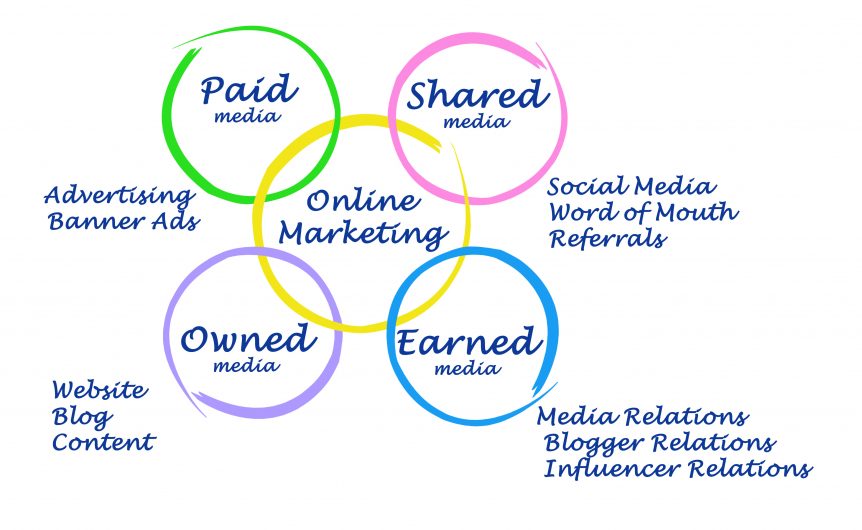 When I talk about POEM, I’m not trying to start a conversation about iambic pentameter, I’m actually addressing three of the main channels you should utilize for a strong content marketing plan. Paid, Owned, Earned Media. Let’s take a closer look.

Paid media is really just advertising. That said, there are so many paid avenues in this giant digital world than most of us usually utilize. We all know the traditional routes you can take: newspapers, magazines, online publications. But today paid advertising also covers Facebook and Twitter. It is now possible, even popular, to pay a small fee for sponsored posts or tweets on everyone’s favorite social media sites.

Owned. This covers your website, a members’ magazine, email lists, even photographs or Facebook pages. You certainly aren’t paying yourself to use owned media, keep in mind that it isn’t free. You are still paying money to maintain or create all of these outlets.

Earned. An interesting term, it applies to the publicity or coverage anything or anyone affiliated with your business receives from media. Media now applies to anything from traditional news to digital publications, to facebook, you name it. Historically this was referred to as free rather than earned but it isn’t really free. Odds are you paid to create the event being covered!

Now that we’ve defined the terms, why is this idea so magical? Traditionally when these three ideas are combined properly, content has a better chance of reaching the most people in the proper target audience. This is not just a small business idea. Large corporations are now utilizing POEM in their advertising strategy by adjusting their budget allocations toward earned and owned mediums. U.S. automakers are a great example. When the 2015-16 models came out, their own websites were covered in photos, details, pricing, options, the whole nine yards. Media outlets like Consumer Reports did major articles on all the new models, breaking down each in detail. And finally, the “new” media jumped in. Blogs, television shows all chimed in with their narrative and opinions on these vehicles.
Most of us are working on a much smaller level than the gigantic car companies, but we can boost Facebook posts or step up our personal website game utilizing someone like us at Marlin. The key is strategy. Boost content that has historically done well. Be wary of taking a wild shot in the dark on some new idea. Make your money count. Let Marlin help you do that. Give us a call, we’re waiting for you!